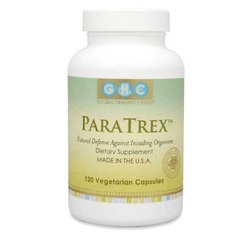 Take Help Of Aerobic Oxygen To Keep Away From Abdominal Discomfort

Problems with the digestive system can be extremely irritating and can often be diagnosed as exactly that; with the commonly diagnosed IBS or irritable bowel syndrome.

The small intestine along with the large one and the bowel extends over a great distance and fills a large part of our lower torso and because of this it is not always easy to diagnose correctly some of the minor problems that may give us discomfort.

It is thought that one in ten people diagnosed by their doctors as suffering IBS are not suffering that particular ailment at all. It could just as easily be a case of coeliac which gives the sufferer the same uncomfortable bloated feeling.

In this case just cutting out gluten may help recovery but there are many other causes of abdominal discomfort where taking something like Aerobic oxygen might help.

The small intestine absorbs most of the nutrients taken from food and part of that process involves the work of tiny single celled wonders called bacteria. There are thousands of different types of bacteria and not all do the same job or are considered particularly well for us.

If you suffer from a bloated feeling or constipation it is possible that the balance between good and bad bacteria is out of sorts and it might be that faecal matter is stuck to the lining of the intestines.

It might strike you as odd to know that oxygen plays a part in keeping bacteria healthy and this particular natural supplement carries molecules of oxygen to the intestines with the usual result of increased bacteria activity which in turn leads to more frequent visits to the bathroom and a cleaning of the colon.

We take cleaning our bodies seriously with regular baths or showers every day but never give much thought to the health of the insides of our bodies until something goes wrong.

You do not have to wait until something goes wrong but if bathroom visits are less frequent than usual and stools are too hard then perhaps you should try a course of this product.

Thefinchleyclinic provide nutritional products that may assist the body in its efforts to nutritionally rebuild and heal itself.