Probiotics: Should You Give Them To Children? 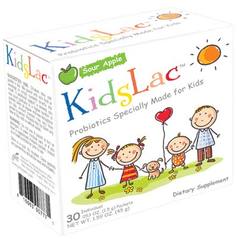 The short answer is that probiotics are safe. Occasionally, people that take probiotics can suffer from diarrhoea, but they’re generally very highly tolerated. The next question comes from whether they actually do anything for the child. So, while it’s safe to give your children probiotics, you should still only give it to them if it’s necessary. We’re going to explore this in more depth below.

So, you learned in the previous paragraph that doctors will prescribe probiotics to children. This should indicate to you their empirical value. There are several different reasons why children might require probiotics:

1. Premature babies: when babies are born through the birth canal, they collect ‘fauna’ from the mother. This is basically a selection of friendly bacteria needed to support the immune system, particularly the cut. With babies born prematurely, there’s often less time for them to collect this fauna. The birthing process is much quicker. Or, they’ve been born via caesarean section.
2. Babies born by caesarean section: because the baby does not pass through the birth canal, it has no opportunity to collect the ‘fauna’. Therefore, they will require the introduction of friendly bacteria, i.e. the introduction of probiotics.
3. Babies, infants, and children that have developed antibiotic diarrhoea. Sometimes, when people take antibiotics, they will develop diarrhoea. This is because antibiotics can kill off some of the friendly bacteria and throw the digestive system off balance. Bad bacteria can proliferate and cause diarrhoea.

In conclusion, there are some instances when you should give children probiotics. Even if these situations aren’t happening, but they have colic, or bad tummies, you can still them probiotics, but use a kid’s supplement.

Thefinchleyclinic provide nutritional products that may assist the body in its efforts to nutritionally rebuild and heal itself.